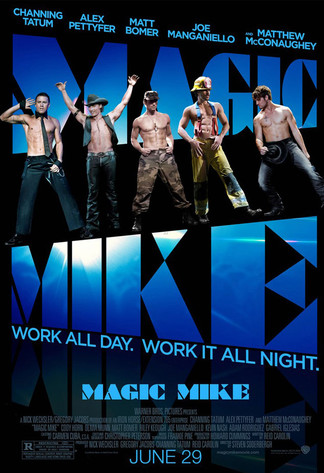 Director Steven Soderbergh cemented my interest in and appreciation for Independent Film back in 1989 with his seminal movie sex, lies and videotape, a film that was a game-changer for the Independent Film Movement ~ as well as for me.  Ever since, I have paid attention to Soderbergh’s film trajectory, which has taken some interesting turns and certainly doesn’t seem to follow any predictable path.  Like any frequently working director, he’s had his hits (the refreshingly smart and acutely comedic George Clooney and J.Lo-starring crime caper Out Of Sight, and the intelligently effecting Traffic, for which Soderbergh won an Oscar for Directing) and misses (Clooney didn’t get as lucky with Solaris).  Nonetheless, I’ve got to give Soderbergh kudos for experimenting with a broad range of material and genres.  So although it seemed an unlikely pairing for Soderbergh to direct a movie about male strippers, his attachment to it was the very thing that gave the atypical subject matter some interesting credit.  However, after having seen it, I can’t figure out why he chose to do it or why he wasn’t able to bring more to it than he did. 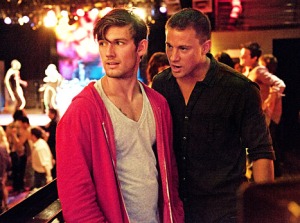 Magic Mike has a fairly thin premise to begin with.  Mike (Channing Tatum, who apparently actually did do some “erotic male dancing” back before he hit it big and does indeed have the moves ~ and abs ~ to prove it!) “recruits” and takes under his wing a young stud struggling to find work (and his way).  Adam (Alex Pettyfer) quickly gets inducted into the group of strippers, inheriting the moniker “The Kid”, and soon gets caught up in some of the seedier aspects of “the business”…just as Mike begins to question his own place in it (which sounds potentially deeper than it ever actually gets). 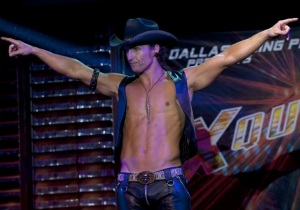 By far the most enjoyable scenes take place at the nightclub where the group of men perform ~ dancing, disrobing, and often coming perilously close to baring ALL ~ for the throngs of screaming girls in their audience.  The crew is headed up by club owner/MC and sometime “performer” himself, Dallas, hilariously played by Matthew McConaughey, in the second role I’ve seen him in this month in which he has shone (he was fantastic in Bernie as well, which I will be reviewing soon).  He is pitch perfect as the smooth-talking, crowd-cajoling, rebel-rousing leader of the group and frequently steals the show.  In addition to Tatum and Pettyfer, the rest of the group is comprised of the smolderingly handsome Joe 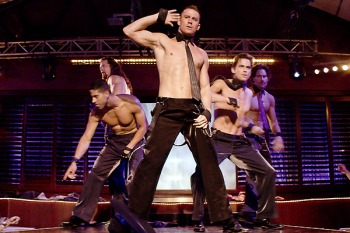 Manganiello (True Blood), whose stage name is “Big Dick Richie”, if that tells you anything, the so-good-looking-he’s-pretty Matt Bomer (White Collar), former wrestler Kevin Nash and Adam Rodriquez (CSI: Miami).  While the more recognizable of those names were hugely promoted prior to the release of the film, I was disappointed in how little they actually appeared on-screen.  (I felt a bit cheated on the Manganiello/Bomer front!)  Regardless, the scenes within the club, both backstage AND on stage, are highly entertaining, often extremely funny and provide the most thorough backdrop into the world the film inhabits (and intends to explore).  A sense of camaraderie and comfort exists between these men ~ it’s clear that they’ve formed a sort of family, even if that family is somewhat dysfunctional. 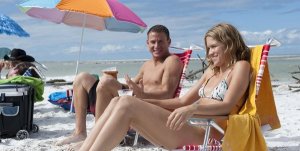 So you would think that what for the most part works in the dark of night, so to speak, would carry over into the bright Florida light of day…but (at least for me), it didn’t.  There are numerous ancillary plot lines (if you can call them that), particularly with Tatum’s character, none of which seem to ever be fully fleshed out or ultimately resolved.  The closest any of them ever gets to resolve is the storyline involving the (obligatory) romantic interest that develops between Mike and Adam’s sister, Brooke (the appealingly pleasant and natural Cody Horn), though even that feels unearned ~ and therefore unconvincing.  And I’m not sure which is worse ~ plot lines (however flimsy) remaining unresolved or plot lines being resolved in an unsatisfying manner.  I choose neither.  And expect more in the hands of Soderbergh, even if it’s originally a script issue. 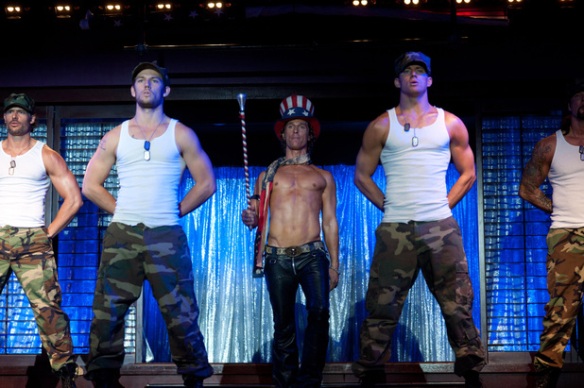 In all, Magic Mike, the movie, just like Magic Mike, the man, can’t quite decide what it wants to be.  Not quite a comedy (though far more successful in its comedic elements than in its dramatic), and not a quite a drama.  So in the end, it doesn’t quite live up to the hype.  Now if I could have stuck the dollar bills I spent on movie admission into the pants of a few of those actors…all might have been forgiven.